Hit enter to search or ESC to close
BlogUncategorized

Canned, bottled or draught beer: all pros and cons 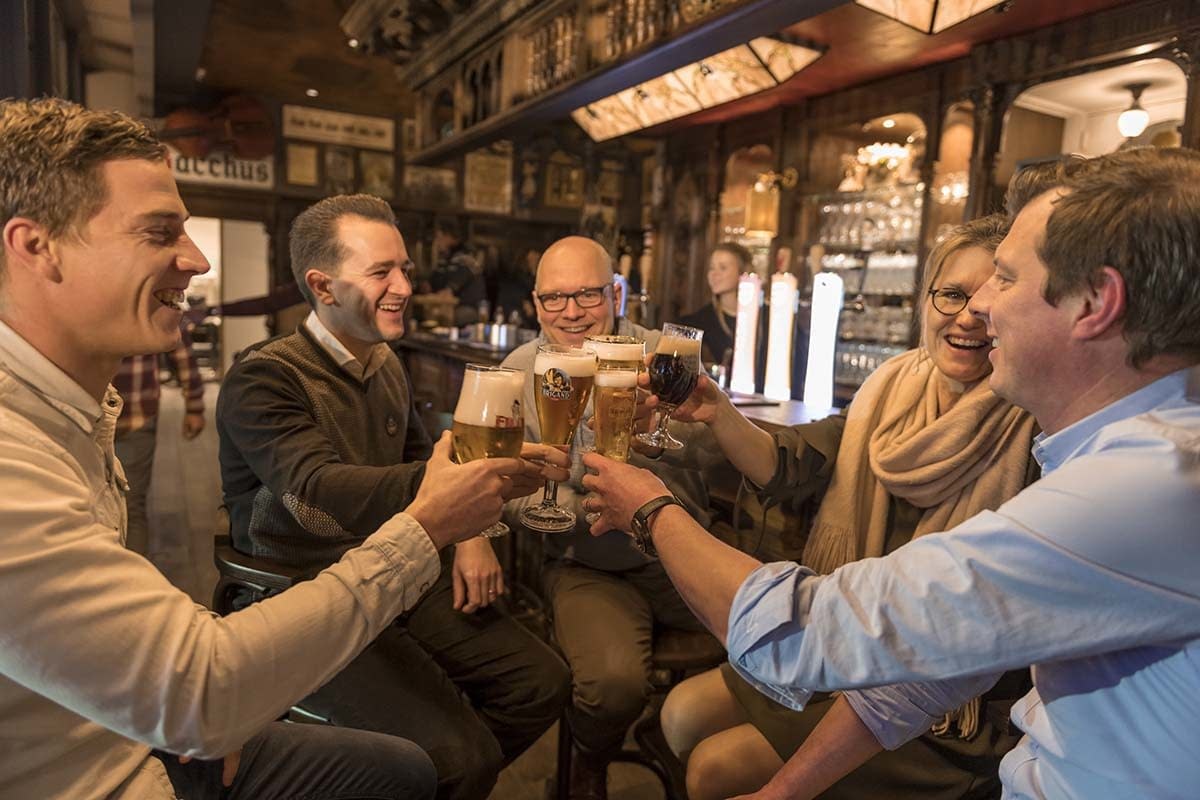 There is no lack of tastes and styles in the world of beer. Beer can be marketed in different ways. Beer lovers can therefore choose between different options for drinking their favourite beer. Draught beer is a requirement in catering establishments, while bottled beer is mainly drunk at home. Canned beer is also on the rise. We examined the keg, the bottle and the can and discovered that each packaging has advantages and disadvantages.

Before we start our analysis, it is important to talk about the factors that have a major influence on the taste of the beer: oxygen, light and temperature. Oxygen causes beer to oxidise, giving bacteria the chance to convert the alcohol into acetic acid. Light changes the character of the hops and the temperature can remove some of the aromas from the beer. To avoid all this, it is necessary to choose a packaging that eliminates as many factors as possible. And that is possible with draught, bottled or canned beer.

We start by examining a keg of beer. Barrels, kegs or casks, protect the beer against the influences of oxygen and temperature. The keg contents are exposed to less air, so the beer oxidizes less easily. In addition, a keg has a constant temperature because it is cooled all the time. Therefore, the beer taste is not affected.

Yet there is a downside to draught beer and you may have already experienced it yourself. The amount of carbon dioxide in draught (or draft) beer is often higher than in bottled or canned beer. This extra CO2 provides the necessary pressure, but also increases the risk of headache after drinking a few beers. Beer brewed with love should therefore be drunk with good sense!

Breweries put a lot of effort into the design of the label on the beer bottle, because presentation matters. But does a creative, beautiful design contribute to the taste of the beer? In the case of refermentation in the bottle, it certainly matters.

However, when we examine the glass bottle, we notice some downfalls. In the store or at the pub we mainly see brown beer bottles. This colour offers the best protection against light and, as we know, light has a negative influence on the taste of the beer. The ultraviolet rays break down the hop molecules, which cause a bad taste. Test it yourself at home: put a bottle of beer in the fridge for a week and a bottle of beer on the windowsill for a week. We already know which beer will end up in the sink.

Yet here and there we also see transparent and green beer bottles. It is a fact that these beer bottles offer little to no protection against light rays. That is why breweries are looking for creative ways to keep the bottles dark and cool. Often we see a piece of cardboard on a crate of beer with transparent or green beer bottles. Sometimes the bottles are wrapped in paper, which serves as a label. A good example is the Bacchus beers from Kasteel Brouwerij Vanhonsebrouck.

Of course, breweries don’t have everything under control. In the supermarket, beer bottles are exposed to a large amount of light. If the bottles are displayed next to the window, you can almost be sure that the flavours will no longer be nuanced as they should be. The neon lighting can also be detrimental to the taste of bottled beer.

The temperature plays also a major role, because beer bottles undergo temperature changes more often than a beer keg. Finally, a beer bottle is not completely oxygen-tight so that the beer oxidizes faster. And unfortunately, this has also an influence on the taste of beer. These disadvantages are fortunately less if you drink a bottle of beer in a pub. Catering managers are aware of the influences of temperature and light, and therefore keep their beers in a cool and dark place.

Canned beer is becoming more popular and is less associated with cheap lager. More and more people are succumbing to the advantages of canned beer and there are quite a lot of them. American Kreuger Beer produced the very first cans of beer in 1935. The choice for canned beer was well thought out, because aluminium is light- and oxygen-tight. The beer cannot oxidize and never comes into contact with light rays. In other words: the beer keeps its original taste.

With three packaging, each contributing to the taste of beer, we don’t have to make choices. Kegs, bottles and cans each find their way to the beer lover. In a pub, we like to drink draught beer and at home we often opt for bottled beer. Canned beer is on the rise at events, thanks to breweries that are committed to producing canned beer. At the end of 2019 Kasteel Brouwerij Vanhonsebrouck from Izegem presented its new canning line. With this line, the family brewery of specialty beers gives the starting signal for a sustainable future. It is therefore up to the breweries themselves to continue to innovate in sustainable packaging so that consumers can enjoy the wide range of beers in a responsible way.