What is nitro beer? 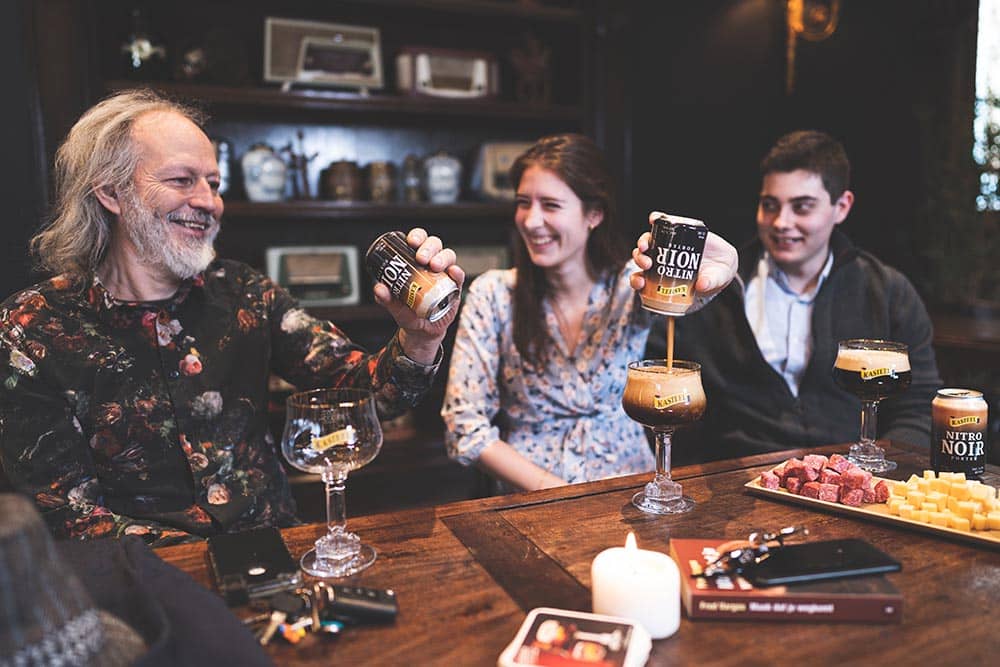 Kasteel Brouwerij Vanhonsebrouck has shaken things up in the world of beer. Quite literally. The family brewery from Izegem has launched two new Nitro-infused specialty beers: Kasteel Nitro Noir and Kasteel Nitro Blond. But what exactly is nitro beer?

Nitro comes from the word ‘nitrogen’, a chemical element. Beer brewers generally use carbon dioxide (CO2) to produce beer. The carbon dioxide content may be low or high, depending on the type of beer.

In nitro beers the brewer swaps the carbon dioxide for nitrogen. When you pour your beer, you immediately notice the difference! So there’s no need to tilt the glass, as you would do with a beer that contains CO2.

The addition of nitrogen causes the beer to burst into the glass and dance its way to the top, where it forms a thick, lacing foam head.

The advantages of nitrogen
•The nitrogen helps form a thick foam head.
• Nitro beer has a silky feel in the mouth, and a full, creamy taste.
• This specialty beer is less heavy and easier to digest.

The Nitro-Infused specialty beers by Kasteel Brouwerij Vanhonsebrouck are available canned. We have deliberately chosen to offer these beers in cans because:

• Light and oxygen do not influence the flavour of the canned beer.
• Canned beer cools up to 6 times faster in the fridge than bottled beer.
• Beer cans are easy to stack and weigh less than glass beer bottles.
• One transport can deliver up to 48% more beer in cans than in bottles.
• An aluminium can is fully recyclable.
• No need to hassle with bottle returns because empty cans can simply be thrown into the PMD recycling bag.
• On average, it takes 60 days for a beer can to be recycled, filled and displayed on the shop shelves once again.

The ritual of shaking the beer three times and pouring it vertically is truly a fun experience, a celebration as it were.

Each can is given a shot of nitrogen on the canning line. That is how it becomes Nitro-Infused beer. But how do you activate the nitrogen?

• Shake the can three times. Don’t be too rough, be gentle.
• Once shaken, the nitrogen is activated.
• Carefully open the can and turn it upside down to pour the beer.
• Pour the beer in one swift movement.

“The ritual of shaking the beer three times and pouring it vertically is truly a fun experience, a celebration as it were”, says the Belgian beer sommelier Ben Vinken.

The beer sommelier is also enthusiastic about the taste experience: “The nitro process in the can really is a great upgrade for every beer.” The foam is beautiful and thick, and it sticks beautifully to the glass, and the beer is fuller and creamier, and also easier to drink and to digest. It’s really like tasting draught beer.”

Discover the unique Kasteel Nitro specialty beers straight away. And remember: always shake before use! 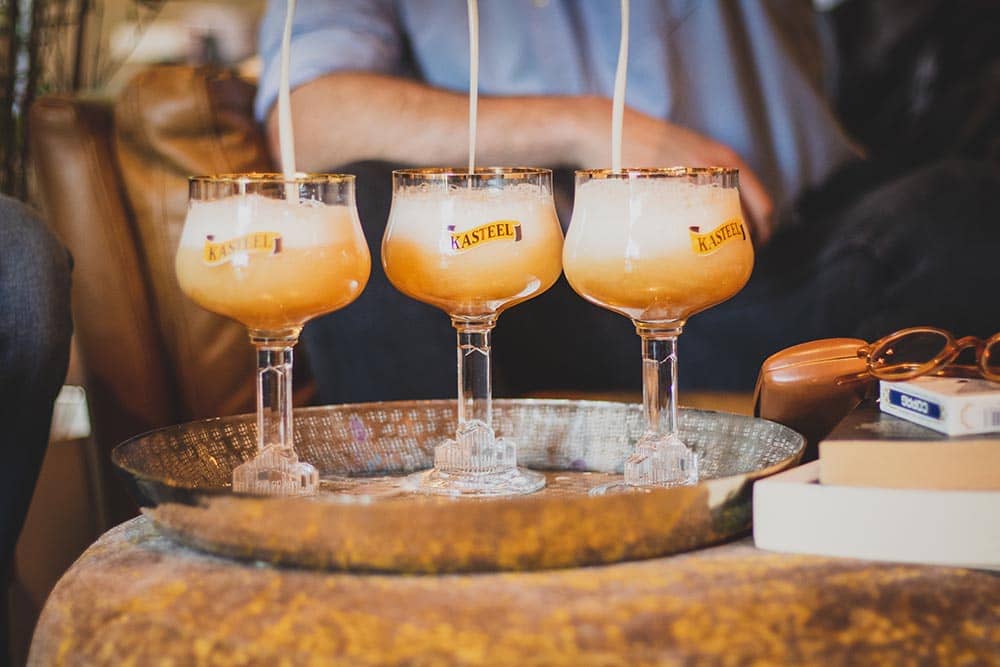