Hit enter to search or ESC to close
Newspaper and magazinespress

Filou supports the hospitality sector with a glass of hope 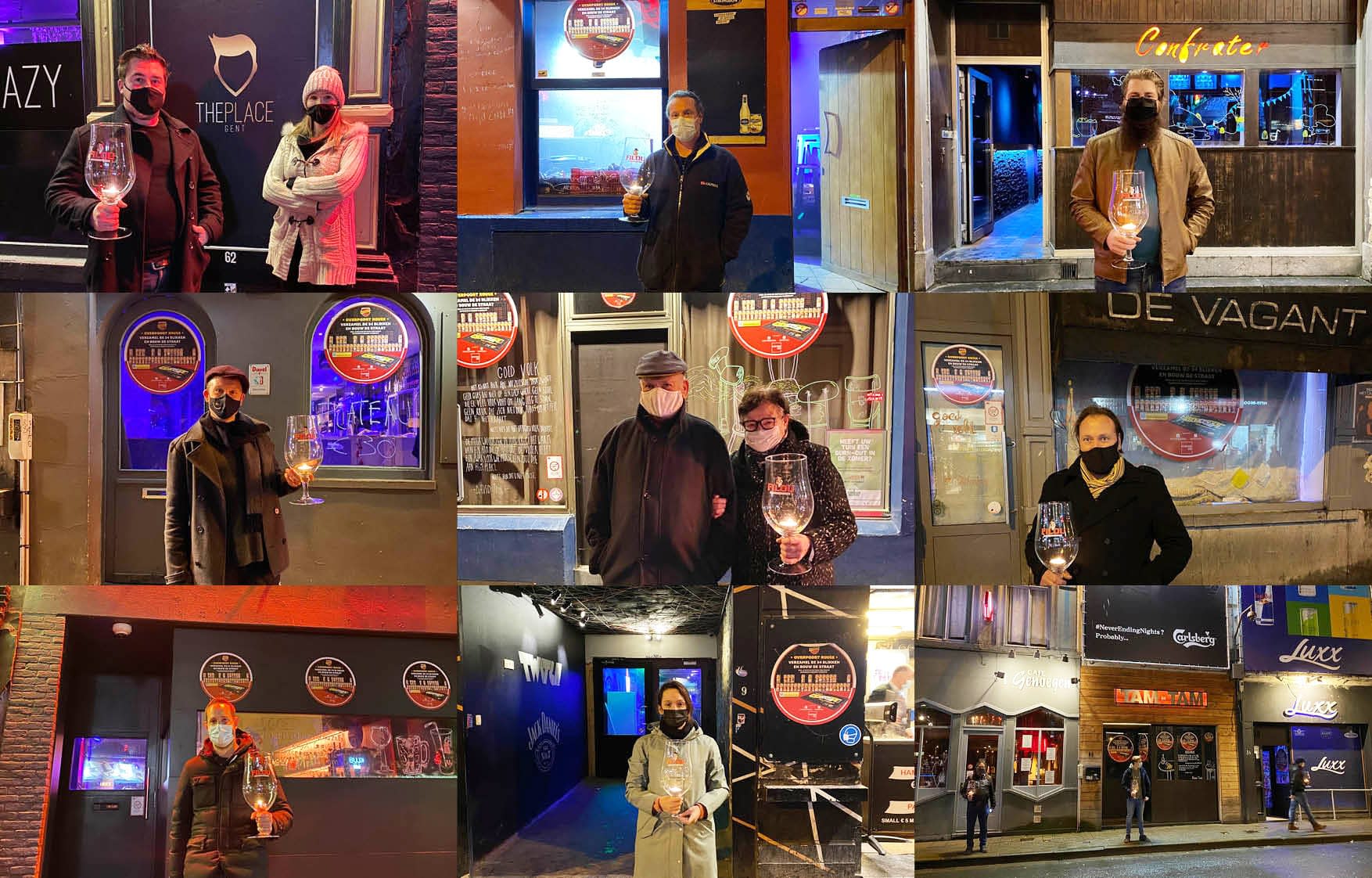 Ghent, 3 February - Overpoortstraat in Ghent has been empty and quiet for 10 months now. With Filou, the fun-filled Belgian 'Strekenbier', the café owners in this popular student neighbourhood made a Covid-safe toast to draw attention to their situation.

This was an initiative by ‘Gentse Tappers’, a non-profit organisation that brings together the 35 catering businesses at Overpoort. Our brewery has a close relationship with the non-profit organisation, so we did not hesitate for a moment to support this activity. We gave every pub and restaurant a large Filou glass with a capacity of no less than 3 litres. All the owners put a tealight in the glass as a symbol of hope. They then sat down in front of the closed doors of their establishment, while holding the glass. 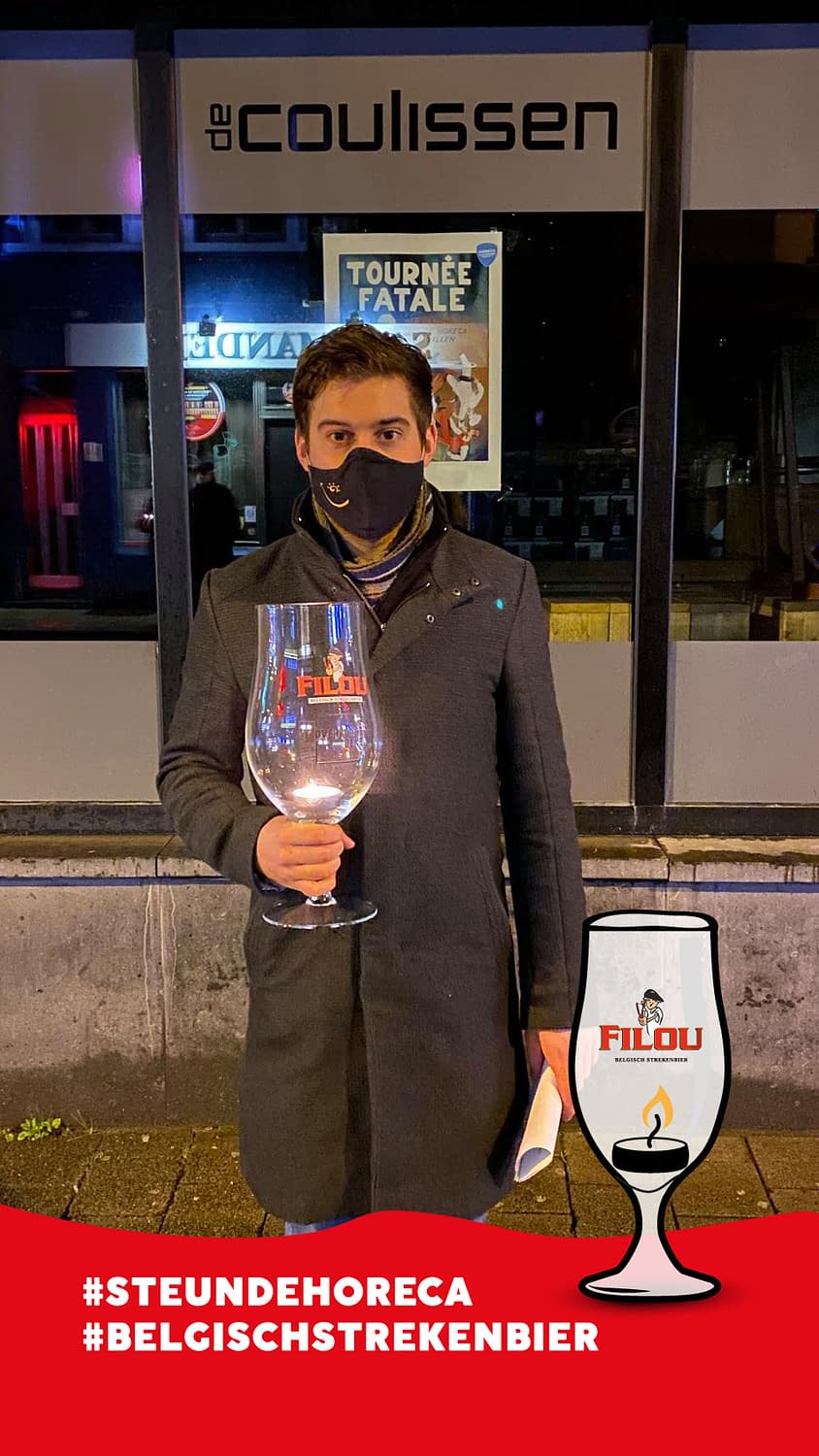 This initiative was held following the publication of the results of a survey by ‘Gentse Tappers’ in cooperation with Unizo East Flanders, the union of self-employed entrepreneurs. In this survey, half of the entrepreneurs indicated that they will be bankrupt within 4 months if the current situation does not change.
“The popular student pubs have been closed for 10 months now. For 10 months, these entrepreneurs have had no prospects and this has taken its toll. This is a ticking time bomb,” says Unizo.
Fortunately, there is also a ray of hope: 45.6% of the owners of catering establishments say they still feel mentally resilient. The glass may be empty, but they are not giving up!
Via its social-media channels, Filou has once again called for continued support for the hospitality sector with a frame that all Facebook users can add to their profile picture. Little by little, we want to fill up the glass until the hospitality sector can open up again!
The campaign to support Overpoort in Ghent with personalised cans of Kasteel Rouge is also still running.
Set your profile frame here 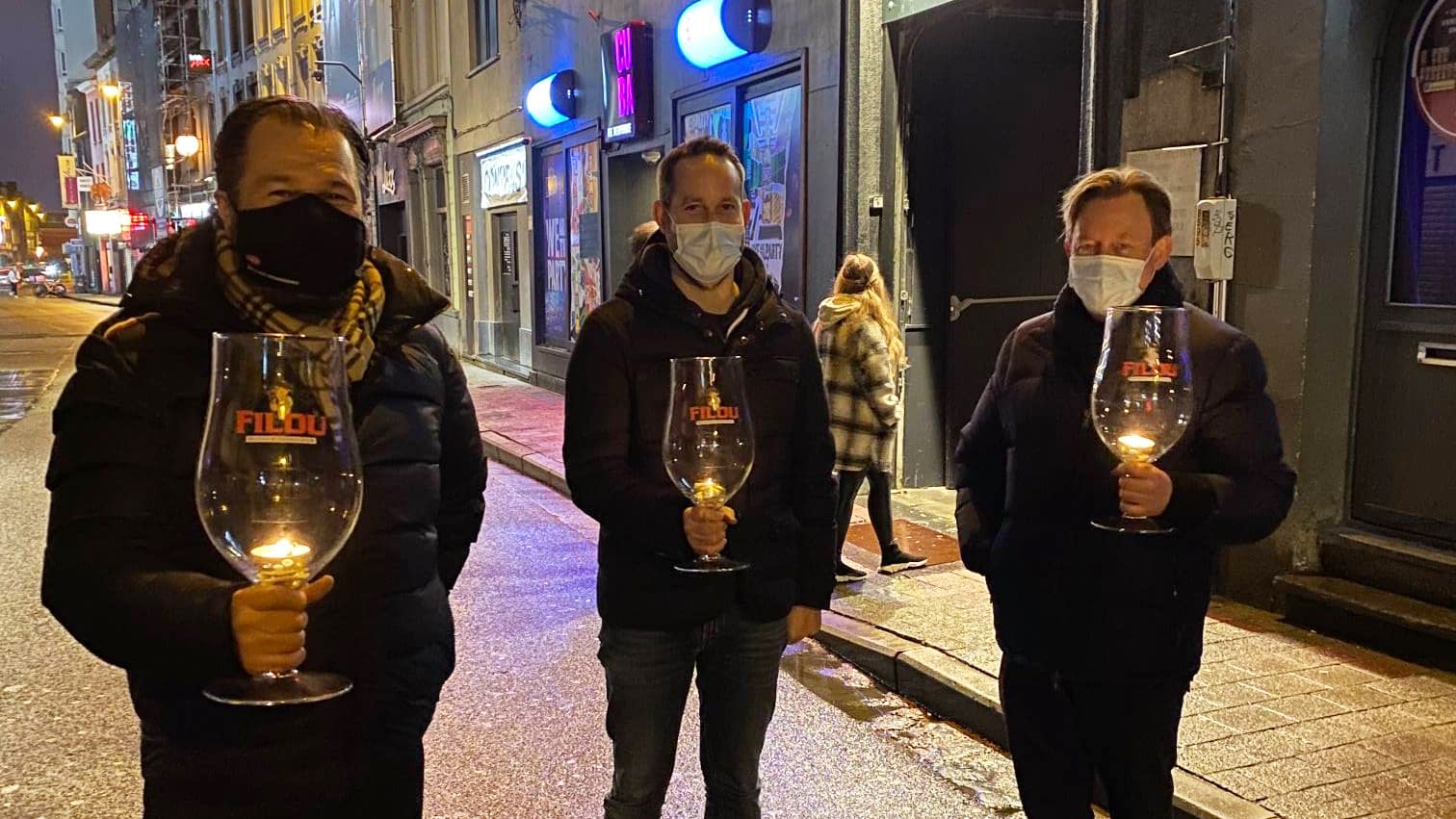