IZEGEM – Major works on the site of the Bierkasteel in Izegem. Kasteel Brouwerij Vanhonsebrouck installed an additional three beer tanks there. This new investment of over 1 million provided the brewery with a capacity expansion of 12.5%.

Production manager Hans Mehuys: ‘This year we are aiming for 15% growth compared to 2021. We welcomed new export markets and the demand for our special beers increased in existing markets too. The growth is also thanks to the success of our cans of special beer in retail and at events.’

In 2016, the brewery relocated to a brand-new site in Izegem. It represented an investment of 45 million euros. ‘Expanding the old brewery in Ingelmunster was not an option. A mere six years later, of which two were corona years, our current capacity can no longer meet the increasing demand.’ 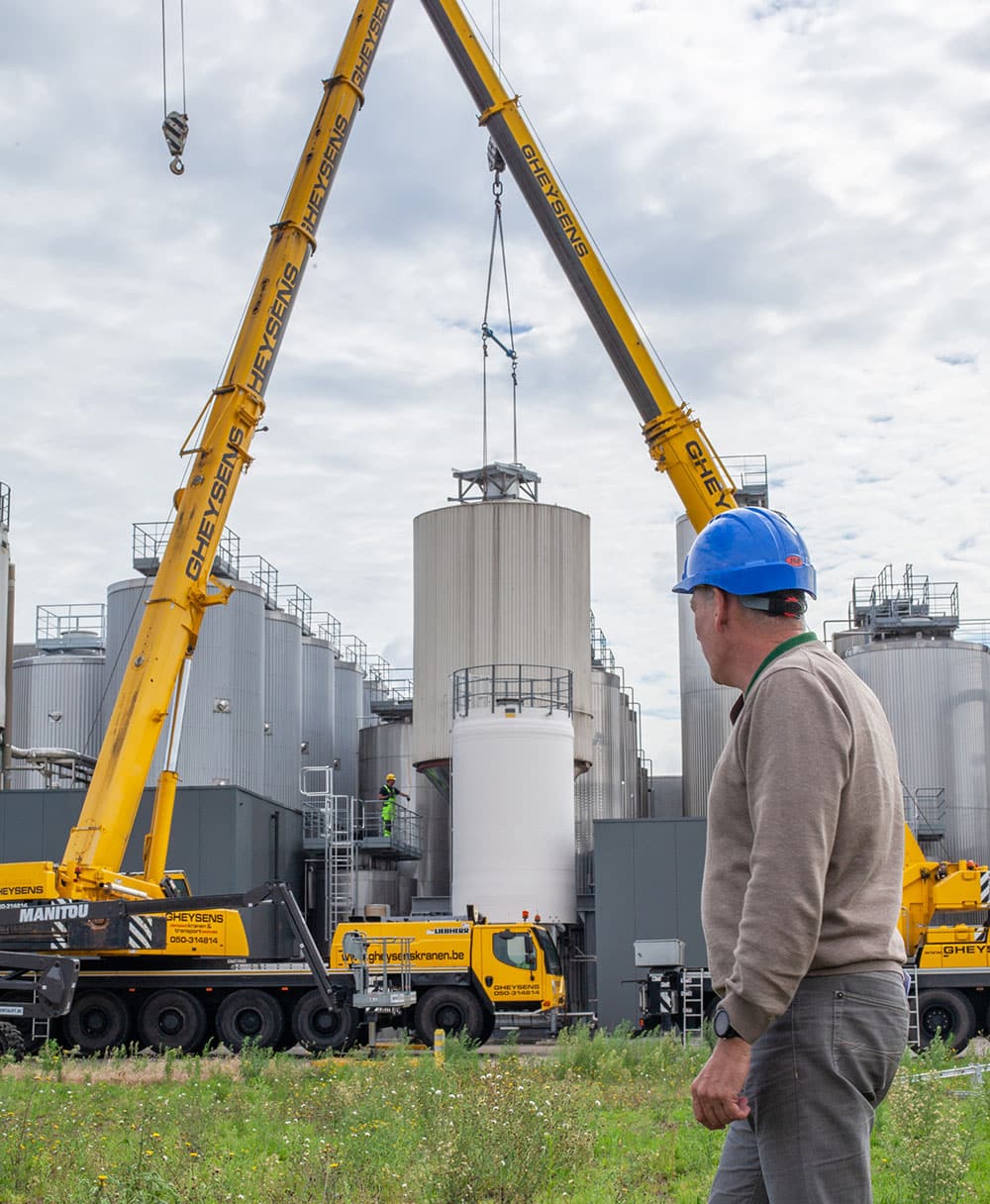 Investing to continue growing. That also means investing in additional staff. ‘We are looking for reinforcements within production, but our other departments could also use some extra hands,’ Hans adds. You can find all the open vacancies here.

CEO Xavier Vanhonsebrouck: ‘Even in times of difficult industrial conditions, in which you have to count every single cent three times before investing, we cannot interrupt the growth of our company. Europe is facing major problems and challenges. We must change our approach or the history of the Fall of the Western Roman Empire (read: Europe) will repeat itself. We don’t want to become an industrial museum after all.’